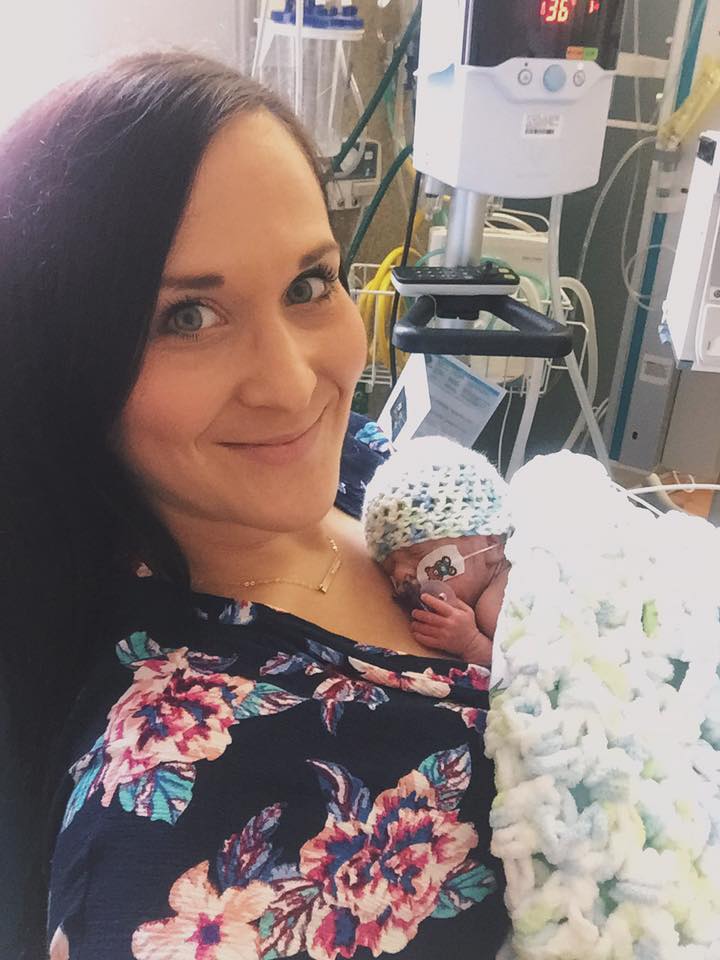 Happy Mother’s Day to all you loving, loyal, hardworking, tired, and blessed mamas! This day has become one of my favorite days of the year because my focus tends to be on what really matters; the joy motherhood has brought me. I pray my boys feel blessed by me; being their mother and co-parent with my husband Sam is the greatest role I will play on this earth. This year I wanted to honor my sister Emily Green. She has been on journey that takes an incredible amount of strength and hope to endure. Not only has she been and inspiration to me, but her grit and grace has strengthen my faith in our God that I know only wants good for us. On this special day I wanted her to share her story, what she’s been through over the last few months and how she’s remained hopeful through it all. Emily is a mother of 3 living in Hawaii. She’s a proud marine wife, and NICU nurse turned NICU mom. Below is her story in her own words. 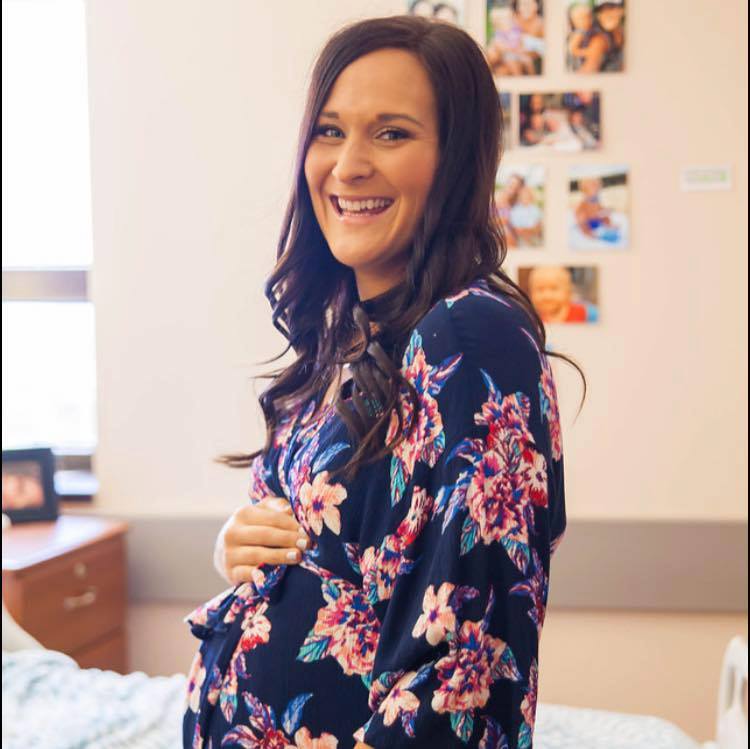 “I wasn’t supposed to have another baby by this Mother’s Day…God had other plans for us. I was pregnant with our third child, due July 19th of this year.

We had just found out this baby was another boy and we were already dreaming of what life would be like as parents of three boys. We were so excited for the crazy, wild ride we were about to start, we just had no idea it was about to start much sooner than we had originally planned on. On Saturday morning, March 5th, our lives came to a scary and screeching halt.

I was 20 weeks and 4 days pregnant when my water broke at work. I’m a NICU nurse, go figure, and I work at the hospital I was set to deliver at. Thankfully my kids were already with the babysitter, however my husband, a Marine, was across the country and a whole Ocean for training. My initial reaction was denial, this can’t be happening, this isn’t supposed to happen for 5 more months, there’s no way this is real life. I immediately called my husband and told him that I was being admitted to labor and delivery because my water broke, neither of us could believe what was happening. At that point the doctors told me I had the option to go ahead and induce labor as that would be the only way to insure I wouldn’t develop an infection that could be detrimental to my health. The answer to that was a hard NO. My other option was to stay in the hospital on bedrest in the hopes of staying pregnant until baby reached “viability.” For my husband and I the second option was our only choice. We decided that no matter what the doctors told us we would cling to our faith in the Great Physician who is ultimately in control of every circumstance! There was no telling when my body would go into labor or if I would get an infection or if my baby would comply to these new conditions in his home in my womb.

So many things could go wrong; the doctors would remind us of all these grim scenarios on a regular basis. We were also told multiple times that there would be no way to tell if our baby’s lungs were developing with little to no amniotic fluid, and for that reason our son might never even take a breath after delivery. That was all very hard for my husband and I to hear, but instead of living in fear of what may come we were determined to live in hope that God is still in the business of doing miracles.

The next few weeks I felt like I was holding my breath. It wasn’t until we reached our first goal of 23 weeks, at which point they would intervene for baby after delivery that I felt I could start to breath. The statistics for survival at 23 weeks is still very grim and being a NICU nurse I have seen firsthand just how hard those sweet babies have to fight from their very first breath. Despite the fact that our baby was viable and that they would finally try to help him, 23 weeks still terrified me. We had made it to our first big goal so we just kept praying for each and every day. Each hour, each day, each week were a huge victory. I knew God was telling me during my 7 and a half weeks of bedrest to be still and trust in Him. I dug into God’s word and prayed harder than ever before. Over and over I came across verses that would give me the encouragement that I needed to make it through the day! The days were long and being away from my two older boys was torture, but I always had a peace that God would get us through it. He provided me with His peace that surpasses all understanding and kept me sane while being stuck in bed for days on end.

With each week that passed, the doctors and nurses were amazed that we continued to stay pregnant. Our family, along with an army of prayer warriors continued to pray fervently that God would provide us with a miracle. Each day truly felt like a miracle to me. The prayer of my desperate momma heart was that despite not having enough amniotic fluid  for only half of the pregnancy that God would develop our sweet boy’s lungs supernaturally in the secret place that even the doctors could not see. I made Psalm 139:13-16 my focus. “For you created my inmost being; you knit me together in my mother’s womb. I praise you because I am fearfully and wonderfully made; your works are wonderful, I know that full well. My frame was not hidden from you when I was made in the secret place, when I was woven together in the depths of the earth. Your eyes saw my unformed body; all the days ordained for me were written in your book before one of them came to be.”

God kept reminding me that he make me perfectly and wonderfully and he was doing the same thing for my son. I prayed that God would allow my husband and I to parent our baby here on earth, but if that was not His will that we would be okay with knowing he would be in Heaven. I found peace in the fact that God already knew our baby’s birthday and all the days of his life. I had my moments during my 7 and a half weeks of bedrest where anxiety and fear for my innocent baby would overtake me. My heart would break at the thought of him having to struggle from the moment he came into this world. It’s then that I reached out to my prayer warriors and God always overwhelmed me with His love and peace. This experience although painful has allowed me to feel His love and miracles more than ever before.

My goal and prayer was to make it to 28 weeks. I just wanted to make it to my third trimester. God provided that miracle for us. On April 27 at 28 weeks and 1 day our miracle baby boy Gideon Andrew was born at 2lbs 7oz and 15 inches long. An amazing team of doctors and nurses took care of Gideon and I. Gideon was immediately taken to the neonatal intensive care unit and was put on a ventilator to help him breathe. The fact that he was breathing was a huge victory! All the glory goes to God for that one…his miracles never cease.

We chose the name Gideon before this whole ordeal even started. We chose it because of Gideon’s story in the Old Testament of the bible. God asked Gideon, a normal average guy, to lead the Israelites to defeat an army that outnumbered them by the thousands. God called him a mighty warrior. It’s now very evident why this name was on my heart…for this very special little boy.

From the beginning of this pregnancy Gideon has defied all the odds stacked against him, he is our mighty warrior. On his first day of life we were told on X-ray his lungs looked smaller than a normal 28 week preemie. We continued to pray over his lungs each day and by day 5 of life,  the neonatologist told us she thought his lungs looked like any other 28 weeker. Another huge victory! On day 6 of life they were able to take the breathing tube out and he was put on a high flow nasal cannula, totally breathing on his own with just a little extra flow and oxygen, yet another miracle. He continues to surprise all of the doctors and nurses with his progress. Gideon has his moments where he acts like a premature baby where he stops breathing from time to time. As a NICU nurse I know it’s normal for that to happen, but as a NICU mom it break my heart to see him struggle. Every time I leave him in the NICU I say a prayer over him and trust that God will carry us through this second part of our journey just like he did with the first. God has been so good to us and every time I look at Gideon I’m reminded of His immense, never ending, always faithful love for us. It is by His grace we are healed and saved. It is only by his mercy that we are able to hold and love on Gideon here on earth and for that we will be forever grateful. God is still in the business of working miracles today and our Gideon Andrew is living proof. This Mother’s Day is the most special one ever for me, I could not be more grateful for my THREE boys.” 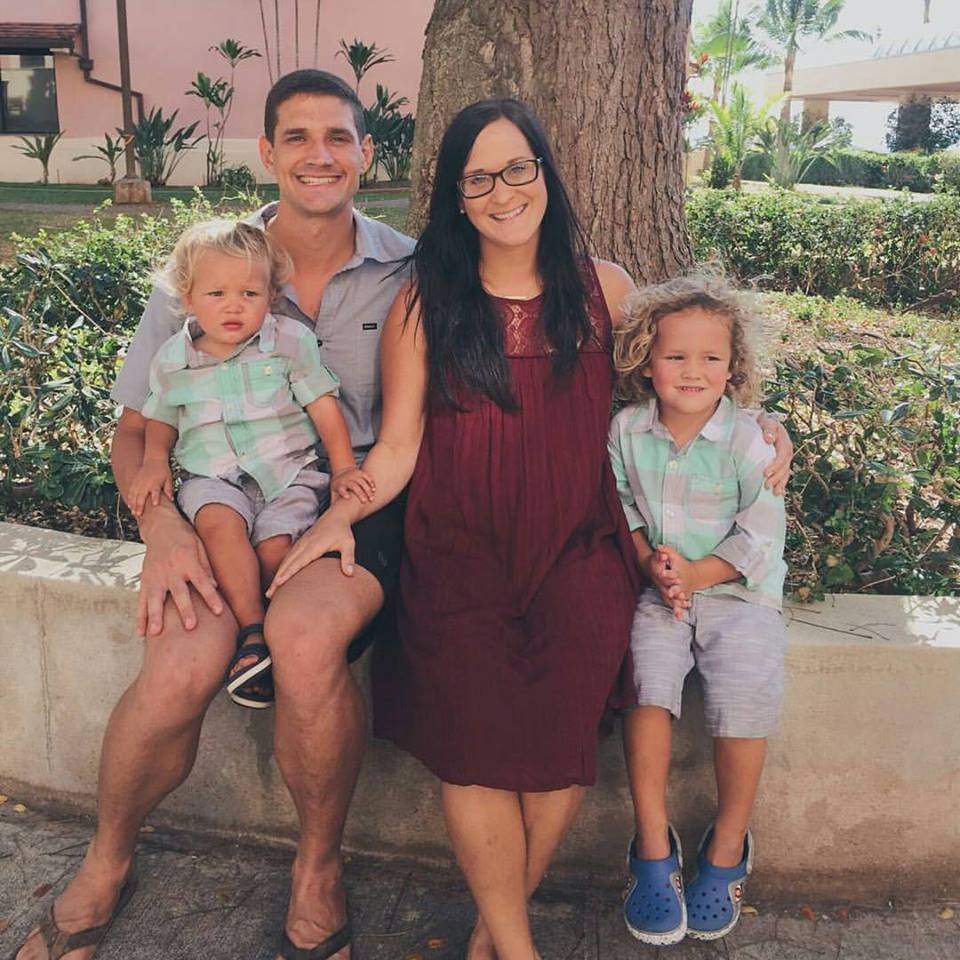 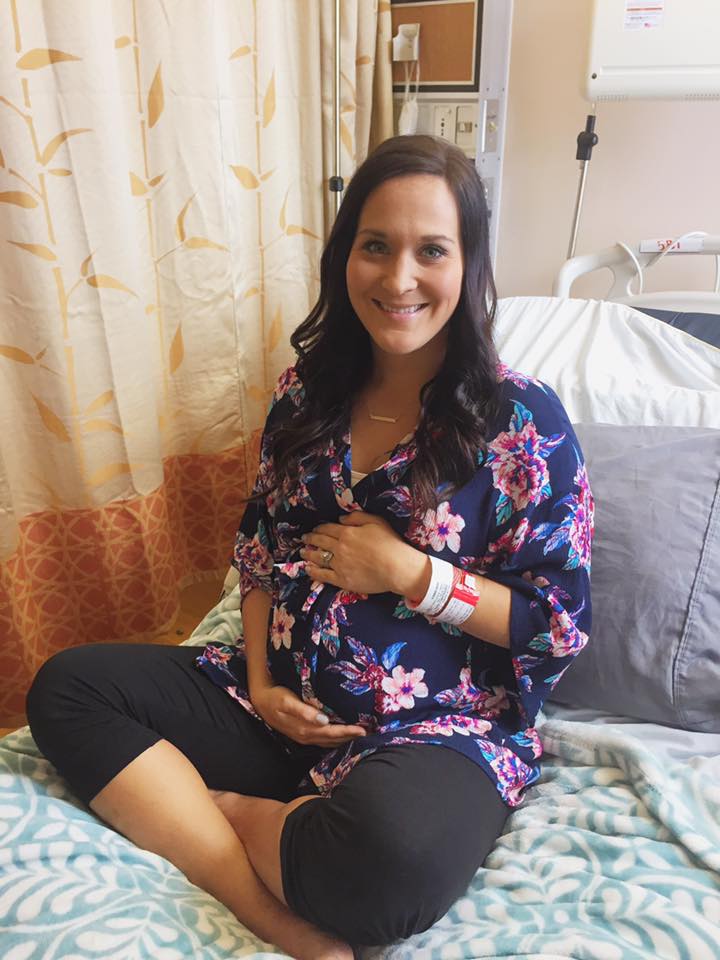 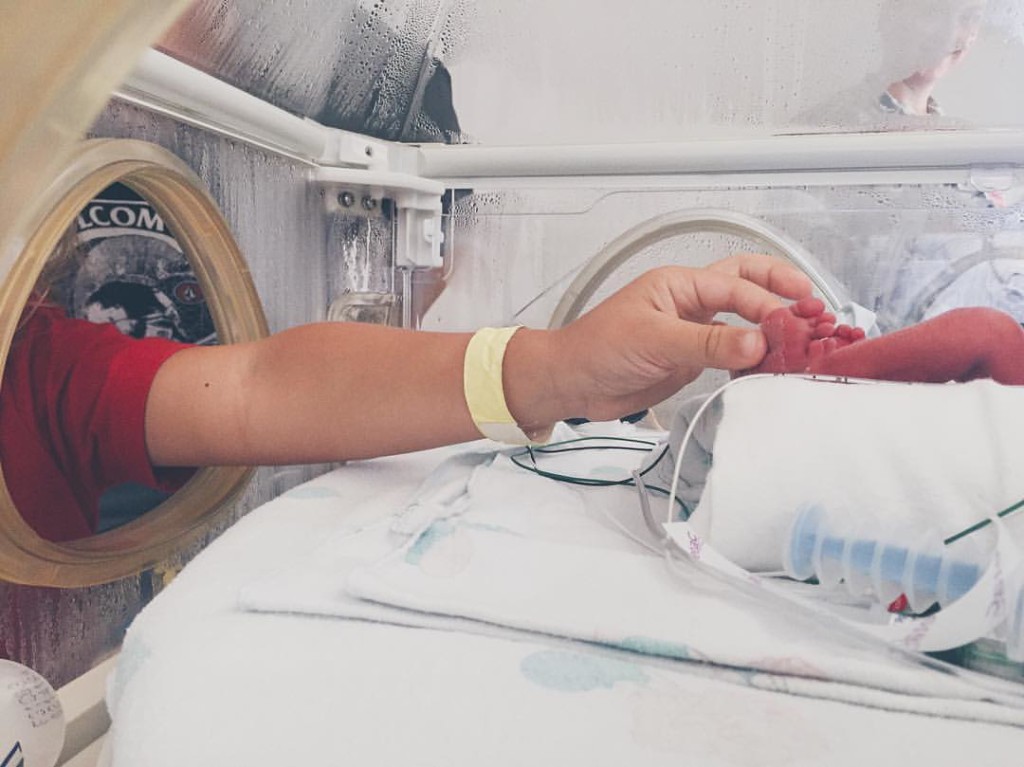 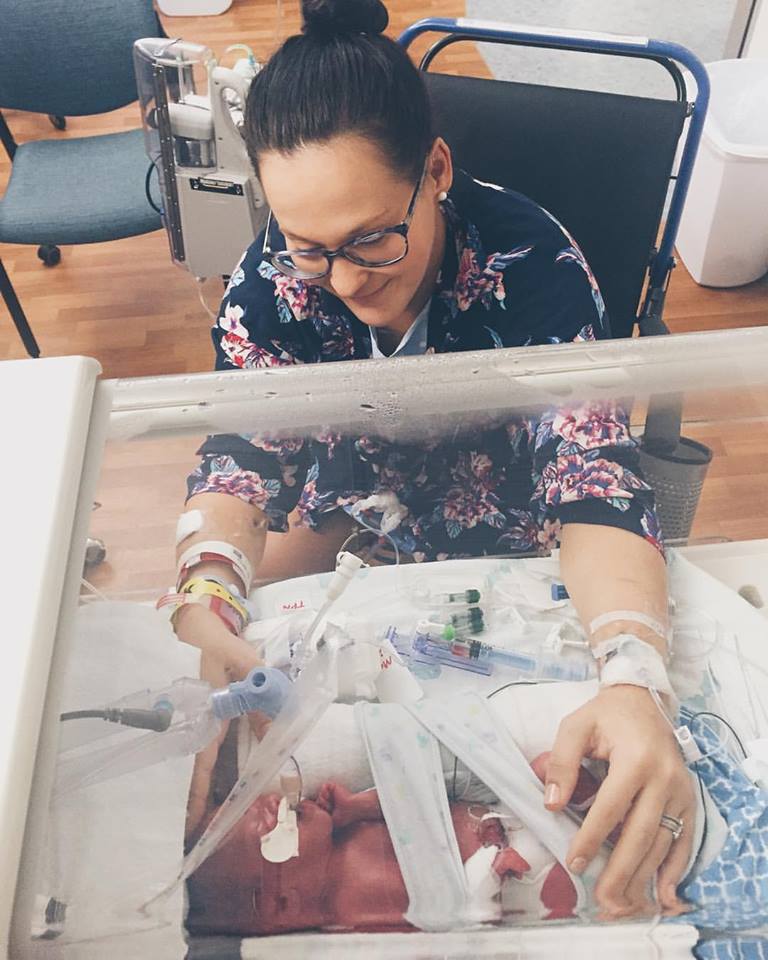 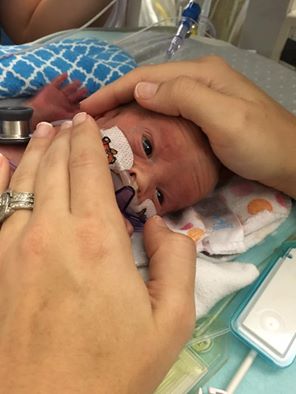 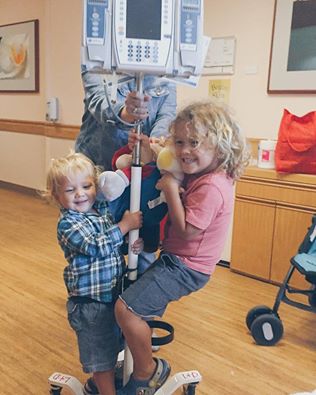 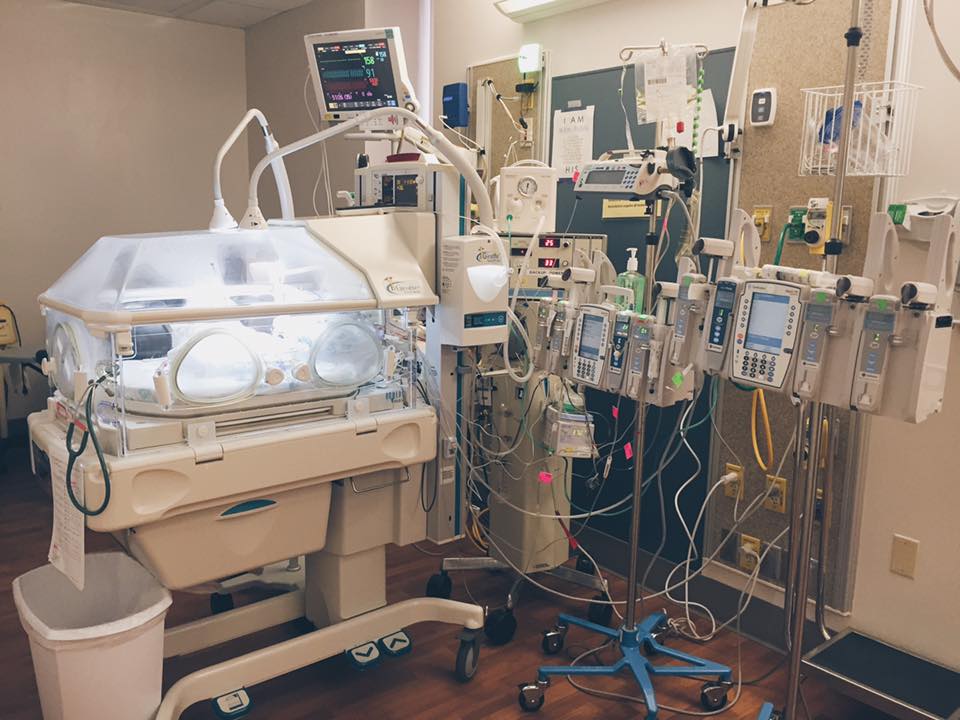 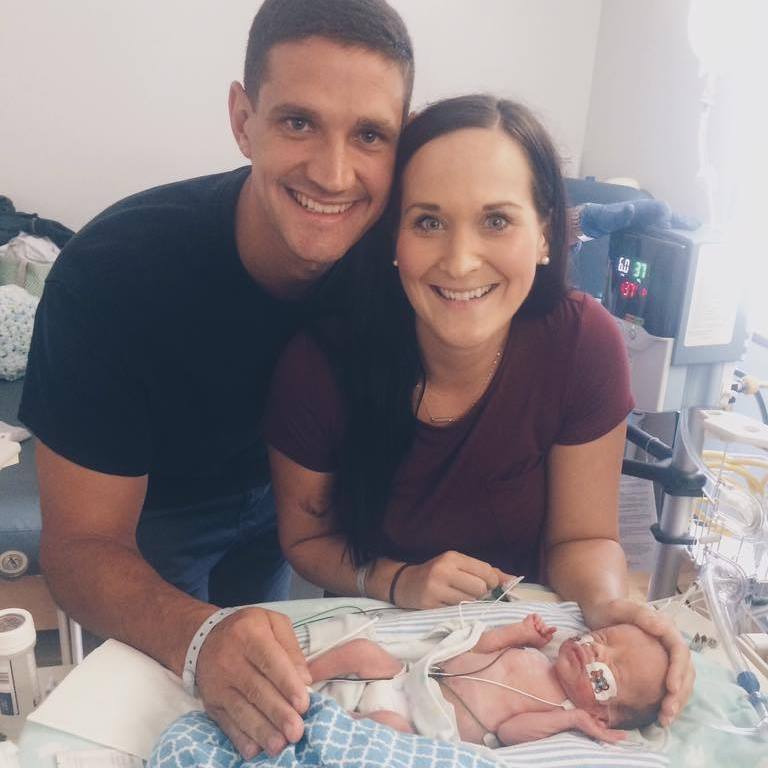 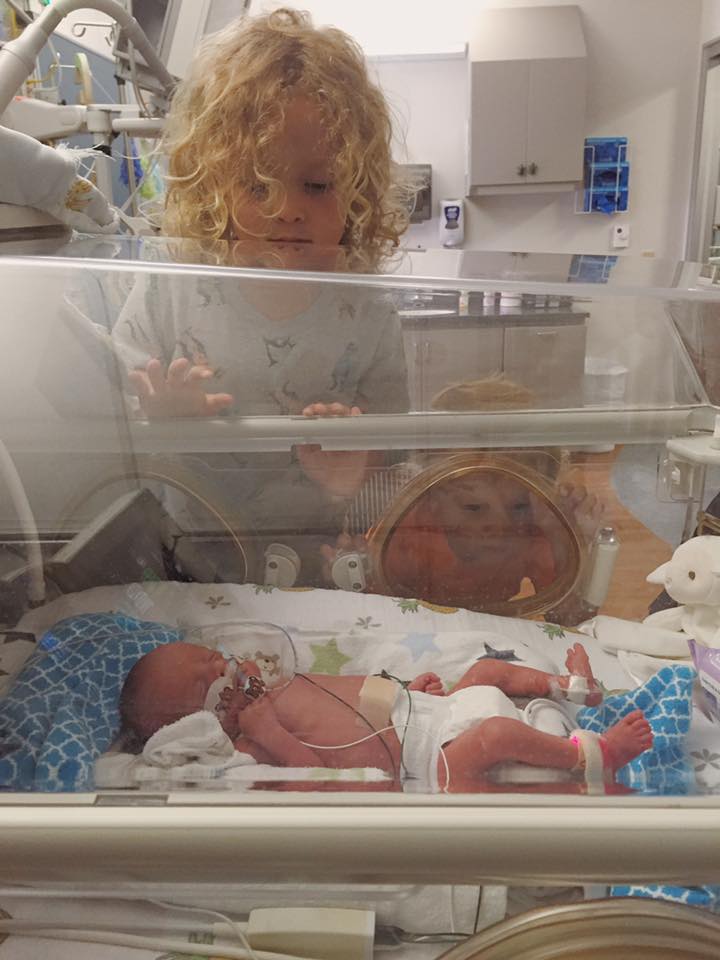 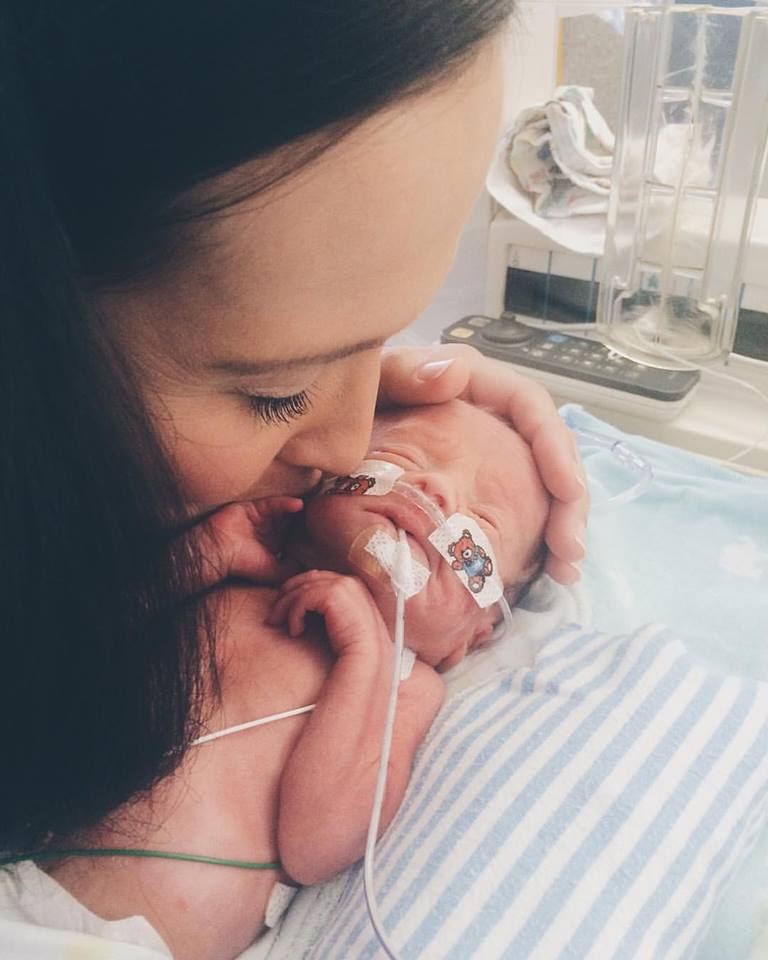 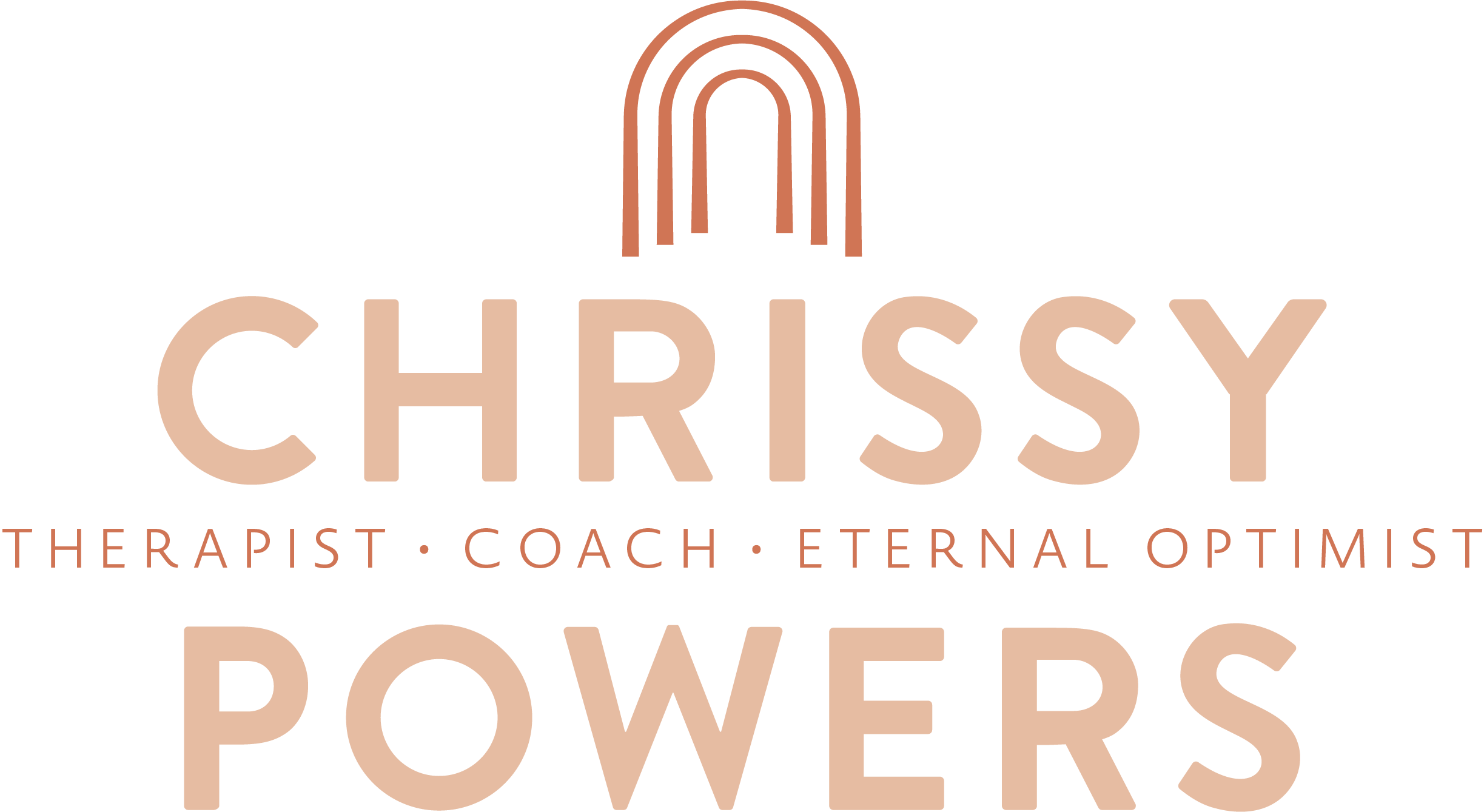